Thoothukudi or Tuticorin District is located in the southeastern corner of Tamil Nadu. It is bounded by Tirunelveli, Virudhunagar and Ramanathapuram districts on the north, Gulf of Mannar on the east and southeast, Tirunelveli District on the west and southwest.

Thoothukudi District was carved out in the year 1986 after bifurcating Tirunelveli District. The city of Thoothukudi is the district headquarters.
The district is known for its pearl cultivation and salt production (constituting 70% of total salt produced in the state).

Tourist Places to visit in Tuticorin 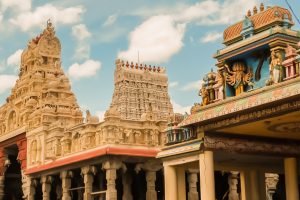 Basilica of Our Lady of Snows Church